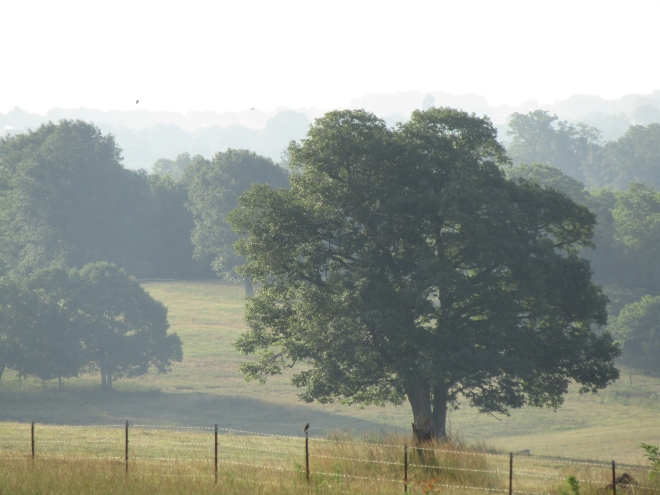 Yesterday I was reading the story of Zacchaeus in Luke 19:1-10. I wasn’t raised in church, but even I know the song that goes, “Zacchaeus was a wee little man, a wee little man was he…”. (You’re welcome.) This passage is only 10 verses long, and on the surface is a nice story about how Jesus saw short, little Zacchaeus, even up in the tree, and called to him by name. Zacchaeus is usually depicted in children’s stories as a small, chubby, pleasant-looking bald guy. I’m not so sure he was. Pleasant, I mean. In reality, he made his living by being unethical, and was probably pretty tough. That would be my guess.

I like to imagine what the stories in the Bible would have looked like in real life (because they are real life), so I broke it down.

Zacchaeus:  Tax collector.  Chief tax collector.  Head honcho.  This man is filthy rich.  But not rich from old money.  Rich from new money.  Extortion money.  Money extorted from his neighbors and kinsmen.  Not a very popular fellow amongst those neighbors and kinsmen.  He wanted to see who Jesus was.  He had heard of him, heard he was coming.  He was curious and intrigued by what he had heard.  But he couldn’t see over the crowd (I can relate).  I can picture him trying to squeeze through, standing on his tiptoes, finally giving up and climbing a tree to get a better view.  Maybe he was also  positioning himself so he could be seen by Jesus.

Jesus:  Came right to Zacchaeus, because he knew where Zacchaeus was.  Jesus looked up at him, acknowledged him, spoke to him by name, because Jesus didn’t just see his job, he saw Zacchaeus.  Jesus gave him a mission.

Zacchaeus:  Immediately and quickly came down and met Jesus with joy and excitement.

Other people:  The usual crowd who surrounded Jesus…Disciples following.  Healed people.  People who hadn’t been healed yet.  The desperate.  Pharisees whispering and pointing fingers.   The curious, the complaining, the jealous, the threatened, the judgmental.

Zacchaeus:  Stood before the Lord, grateful and repentant.  He didn’t need a sermon or theological exegesis.  He met Jesus.  Zacchaeus took Jesus to his home (that will preach, too).  He owned his mistakes, his crimes.  Then he voluntarily made the best restitution he could.

Jesus:  States to the crowd that salvation had come to the house of this repentant sinner.   “For the Son of Man came to seek and save those who are lost.”  Luke 19:10.